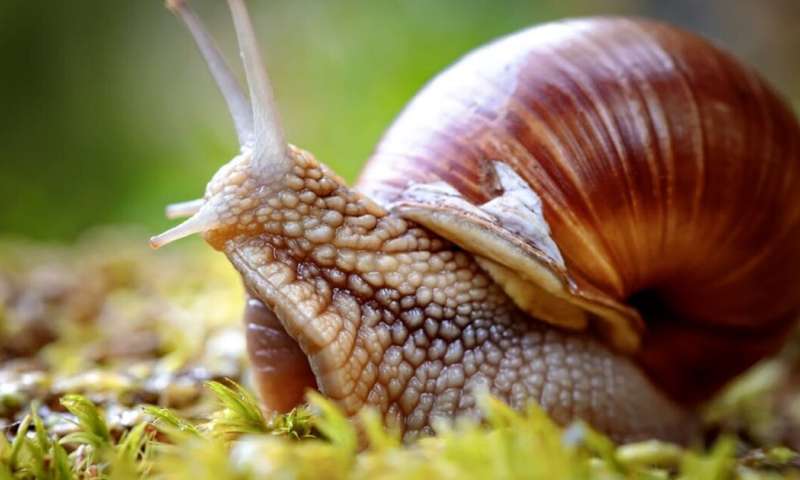 Snails are well known for their lack of speed and their ability to upset gardeners. But there is growing scientific interest in the familiar sticky trail of slime they leave behind—and the medicinal value it may contain.

For centuries it has been thought that eating snails is good for you—and not just because they are a good source of protein and considered by some to be a delicacy.

Both the ancient Greeks and Romans advocated eating snails to cure a wide variety of ailments. These included fainting, stomach pains and coughing up blood, as well as general pain relief. The snails could either be eaten whole after boiling, or crushed (shells included) into a crunchy pulp.

The idea of munching on these mollusks for their medicinal properties continued. In the 18th century it was recommended as a treatment for anthrax, and in the 19th century for tuberculosis. “Snail broth” made from the mucus was said to encourage the regeneration of wounded skin, reduce redness and make skin smoother.

Since publishing my own work on the chemical properties of snail mucus, I have been contacted by people who reported how this natural product has been used to treat skin inflammation and wounds well into the 20th century.

These treatments would have mostly involved the Burgundy or edible snail, Helix pomatia, and its close relative the brown garden snail, Helix aspera, which are both found across Europe. 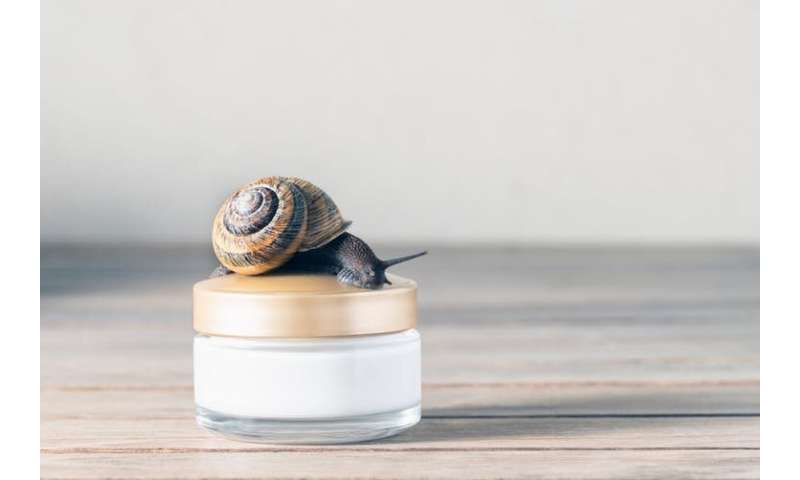 And in recent years, creams, gels and face masks containing slime collected from Helix snails have become popular beauty treatments. But can any of the claims be substantiated by scientific evidence?

Interest in snail slime as a skin treatment was rekindled recently from observations made by workers farming edible snails in Chile. After their skin came into contact with the slime during handling, they reported that cuts and scars tended to heal easily and rapidly. This led to the development of the creams and gels which can now be found on chemist and health food shop shelves.

Mucus is a very sticky and biologically complicated substance. The snail uses it to aid locomotion, stick to hard surfaces (when resting or hibernating) and to defend itself against predators by creating a viscous environment around themselves and blocking the entrance to the shell.

It is over 90 percent water, but it contains a lot of other compounds. The manufacturers of snail slime creams and gels claim that the key ingredients are allantoin (which is incorporated into a range of cosmetic products as well as toothpaste and shampoo) and glycolic acid (again commonly found in skin care products).

A research team in Italy recently investigated this. They found that a preparation made from the mucus produced by the snail did indeed show significant effects in laboratory tests which would explain the observed skin healing properties. 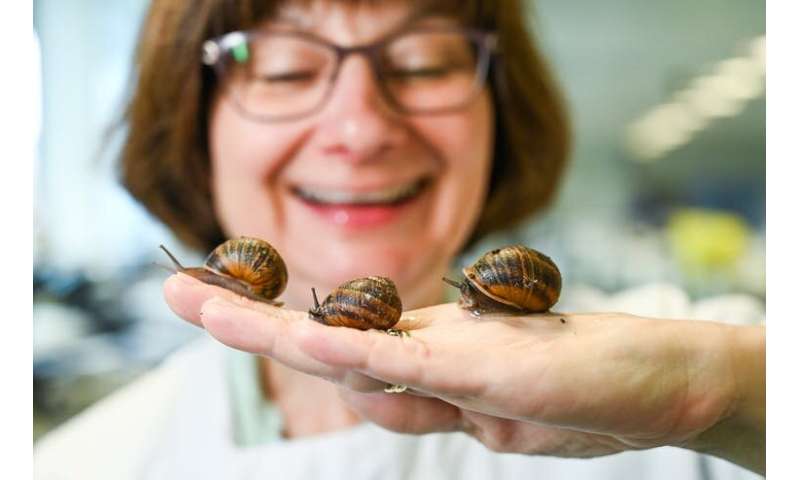 So there does appear to be something in this. Yet the allantoin and glycolic acid were present in very low concentrations. This suggests that either they are not as important as previously thought in skin healing or that they are only effective when working with other components within the mucus.

In our workwe have found that mucus from brown garden snails kills one particular species of bacteria in laboratory experiments. This is an organism called Pseudomonas aeruginosa, which can cause bloodstream infections, pneumonia, chronic wound infections and respiratory infections in people with cystic fibrosis.

We have tried 20 different strains of this bacteria and the mucus has stopped all of them from growing. But we have not seen the mucus work convincingly against any other type of bacteria.

We are also trying to find the key active ingredient. The viscosity of mucus makes it hard to work with, but so far we have identified three new proteins which we want to investigate, and we hope this could lead to the creation of a new antibiotic.